How to celebrate a Bar Mitzvah 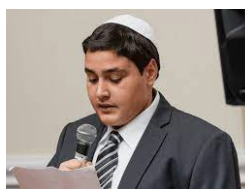 13 is a very important time in a Jewish boy’s life. It is a huge celebration as they are officially welcomed into the religion and start to play a much bigger role in the synagogue services and as a member of the community. Such a celebration deserves attention, so here is a quick guide to what it means. Bar Mitzvah Cards, such as those from cazenovejudaica.com/uk, Are always a welcome start.

First of all, the Bar Mitzvah happens automatically. The Boy simply becomes a member of the faith. However, because it’s such a  great time, a large party is usually the order of the day! When the boy turns 13, all the obligations and the rights according to a Jewish man are given to him. He gets to wear the official dress of the religion and must obey the Torah’s commandments.

The most important element is to be allowed to wear tefillin. These are black leather boxes that contain parchments. These parchments have important biblical passages in them. They are worn for ceremonial purposes., on the forehead between the eyes and as strappings around the left arm.

Next comes the Aliyah. Here, the boy reads out a passage from the Torah on the Shabbat. The word means Ascent, and it’s symbolic of the boy’s rise to manhood. This is no easy feat as it involves learning Hebrew and conquering one’s nerves to address the congregation in such an important task.

After this, a big party is held.