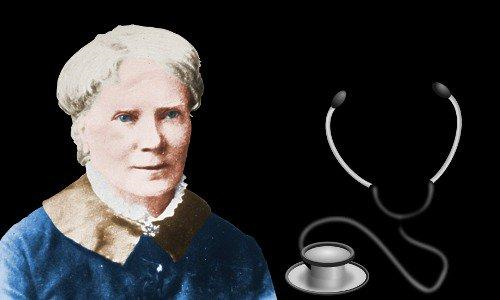 There are some individuals who have the paved the way for progress in the world of healthcare and medicine. One such individual was Elizabeth Blackwell, the first woman to be awarded a medical degree in the United States. A leader in female health, she paved the way for women entering the medical profession.

Elizabeth Blackwell was in 1821 in England. Her father, Samuel was a progressive thinker, a social activist and passed these ideals down to his children. She followed in his footsteps, broke down barriers, bucked trends and was a proponent of equality in the world of medicine.

Her path into medicine wasn’t always a certain one though, as she grew up hating anything to do with anatomy and couldn’t bear to look at medical textbooks. It was the death of a friend that spurred her on. Her dying friend confided in Elizabeth that she would have suffered far less if her doctor had been a woman and urged Elizabeth to become a doctor. Thus, her journey began. A journey that would require great determination, resilience and a lot of adversity.

Once her decision had been made, she studied with two physicians in a year and spent her spare time reading medical books to improve her knowledge and skills to be accepted into medical school. After a move to America, she applied to every college in New York and New England, finally receiving an acceptance from a rural college in Geneva. However, it was sent as a joke and on her arrival, she was treated poorly and made to sit in separate rooms as the men. Where many people would have given up, she persisted and soon gained respect as she graduated first in her class in 1849.

After graduating, Elizabeth returned to Europe to continue her training but unsurprisingly met with even more resistance than she experienced in the U.S. She found herself focusing on midwifery, exceling in areas of preventative care and personal hygiene matters.

By 1851, Elizabeth had returned to the U.S but faced a lack of work and respect due to her sex. She was rejected from clinics, hospitals and was even stopped from renting space to practice privately. Without giving up, she eventually succeeded in opening a small clinic for treating poor women. This small operation grew to become the New York Infirmary for Women and Children.  This provided a wonderful opportunity for other female physicians to practice medicine. Since these early times medicine has developed tremendously and we now have access to more medicines, treatments and testing such as Chlamydia Testing kits London way which help to easily and quickly identify if an individual has contracted chlamydia so that they can be sent for treatment before further complications arise.

Elizabeth Blackwell would later come to open the Women’s Medical College of the New York Infirmary, an institution that had the reputation for being even more academically rigorous than some of the male medical colleges. As her health worsened as she got older, she never stopped supporting and campaigning for reform in the world of medicine.

Not only was Dr Blackwell a pioneer for women in medicine but she supported fellow female physicians and was a strong advocate for women’s health. She was responsible for the revolution in female health care that continues to this day.