Who was James Dean? 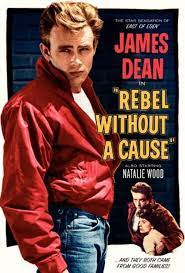 Probably one man did more for the Jeans marketing board than James Dean. He was the quintessential rebel, he smoked and he was a young actor. He made films (although not many) that were fused with him generally having a go at the adults in charge. Rebel without a Cause from 1955 is the best example of this. He goes about in Blue jeans, white t-shirt and a red zip up jacket, tucked in and unzipped (yes, the symbolism of the North America flag is intentional). As a rule, he looks quite smart doing it. He was indicative of a new generation in the USA, and also in the UK that had had enough of being told by the one before them how lucky they were to not be living under the Nazis. All the freedoms they had had been won by the sacrifice of the G.I. and Greatest Generation before them. 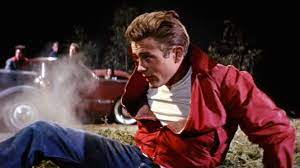 Whilst they had a point, the Silents and the Baby Boomers felt that this was all very well, and they were grateful, but did they have to have it rubbed in their faces everyday that they were not as worthy as their parents, grandparents and Uncles and Aunts.

So James Dean’s character Jim Stark is the mouthpiece of the generations. Keen to make its mark but feeling stifled before it can. The Greatest gave them the chance to effect change but then won’t let them. Dean is clad in Mens Levi Clothing and it’s still sort of the uniform for social discord even now, although the jeans are now worn by literally everyone. EJ Menswear has a great range.