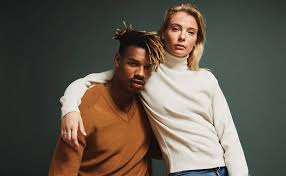 Have you heard this fashion term but have no idea what it means? Let’s explore the concept.

This is a style of dressing where the wearer opts for clothes that are average. Why would anyone choose this as a trend? Well, it is basically a backlash against the high styling of the Hipster look. 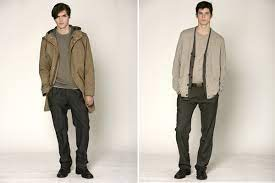 Interestingly, the concept is a bit contradictory. Normcore means to blend in and be ‘blank’ but also stand out from the crowd as unique for not dressing up in designer gear. At its heart it is basically a movement of fashionable people deciding to dress unfashionably by choosing very normal and somewhat bland clothing. Whatever your style, normcore or something else, check out the ETO denim jeans at EJ Menswear

It can be said that the grunge movement in the 1990s was a precursor to the normcore look in that followers chose workman’s boots and oversized flannel shirts as opposed to following the fast fashion of the day.

The funny thing about normcore is if it’s done well, it is virtually impossible to tell if someone is dressing like that as a trend or that really is just the clothing they have in their wardrobe at home!

The original concept was a stance against the policing of fashion that went on by designers and the advertising pressure for everyone to shop the same and wear the same. This has been an issue ever since the rise of ‘ready to wear’ fashion evolved in the 1920s.